the nine divisions or climes of the earth which constitute Jambu-dvip, the central portion of the world, or the known world

free from sickness, not ill, healthy, in sound health

the paraphernalia of a bride, vestments and furniture of every kind which a bride brings to her husband's house; bride's portion, a dowry

For how else did they come to be used like we know them now?

And, this blog series is just a telltale of such fascinating folklores!

For the uninitiated, it means a compulsion, a bound, and (figuratively) a dilemma.

Now, how did we arrive at these meanings? Read on.

Long time back, in a rural setting, a farmer had a really headstrong camel that was rash, rampant, and reckless. It was so bad that it even forced heavy losses on him. It bugged him to such an extent that the farmer resorted to selling and getting rid of him for once and for all.

But not a buyer in the village nodded into buying this burden of a beast.

Oddly, once when a seller agreed to buy it, the animal ran away from him!

Soon our protagonist, the farmer, had to track it and was forced to return the trifling sum he got for it and retain his camel.

Troubled to the nth degree, he resolved to auction it at the NaKHKHaas - a cattle ManDi.

When the farmer’s wife found this bit out, she was was having nothing of it and blurted out, “Bahut Khoob, ek din biwi-bachho.n ko bhi bech aaiyega!”

Unruffled at her wife’s advanced sarcasm, the farmer yanked the camel to the NaKHKHaas, but with a little touch up. He tied to his neck a loose lasso with a cat at the end of it!

Onlookers, bystanders, and passerbys, whoever saw the strange Camel-Cat Combo was left startled.

And then the farmer called for bids:

People started flocking the scene, everyone from potential buyers to nobodys, piqued an interest in the deal. Although there was an opening hesitancy about this Catch-22 pricing - the camel being marked at ₹10 and the cat at ₹100 - the buyers’ instinct soon kicked in and business picked up.

The bids kept increasing with more buyers entering the equation, and quickly there was no one who could come up with an intelligent guess about how much the camel would go for!

Sparing you of more details, the animal-duo went for about ₹370! Which was a big deal back then.

As the farmer returned, he handed over the camel’s ₹10 to her wife, which she discarded with disdain. Next, he gave her the remaining ₹360. Now, she was caught in a fix, whether to throw these away as well or not.

I am sure you’re smart enough to guess what happened afterwards. It’s certainly not a “Uunt ke Gale mein Billi” moment, or is it? 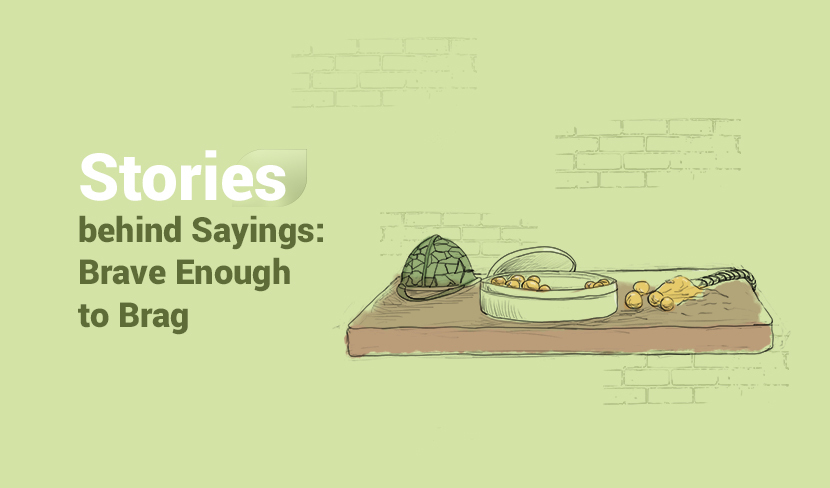 How funny it is that the moment we hear someone go on a rant about their guts and grits, we know it's an act of bravado and almost instantly blurt out, ‘BaDe Tees Maar Khan Ho!’. But do you know how this backhanded compliment-cum-saying came about? 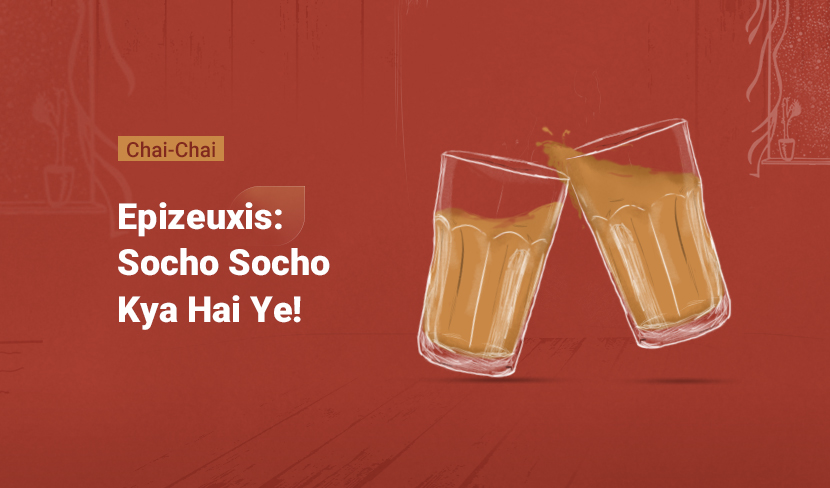 Last week I dropped in on an old friend for dinner. Since I had arrived early - around 5-ish - her mother offered tea, which I was only too kind not to refuse. Cutting to the chase, we had tea. It was around 6:15 and we started noshing in on some snacks when my friend offered her mum the Bhel Puri we had brought home. She responded: “Bas Beta, abhi chai-chai hai”